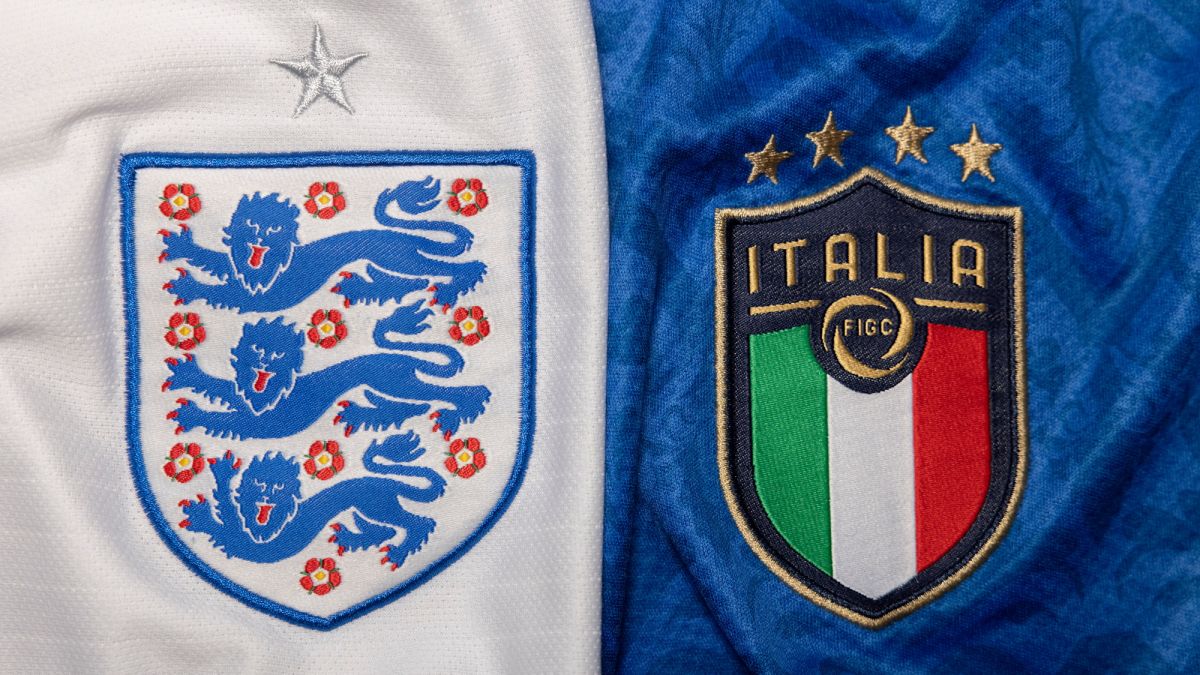 After Leonardo Bonucci cancelled out Luke Shaw’s opening goal, the grand finale of 2021 UEFA European Championship has headed into a nervy period of extra time. Can Gareth Southgate’s Three Lions come up trumps in their own backyard, or will Roberto Mancini’s Azzurri spoil the party? We’re here to explain how to watch an England vs Italy live stream of the Euro 2020 final – including how to see it from anywhere on Earth and where it’s absolutely FREE!

You can also use this as your one-stop shop for all the information you need to watch the big game. You can see the Euro 2020 kick-off time in all corners of the world, online England vs Italy live stream options around the globe and broadcasting channels, too.

The 2021 European Championship has undoubtedly been a fantastic feast of football…one year after it was supposed to originally take place. And either one of England or Italy would be more than worthy winners.

Both have impressed, but neither have had an easy journey getting here. The Three Lions had to go through extra-time against a determined Danish side in the semi-final. They now face a formidable Italian outfit who are also on a roll after a hard fought semi-final win over Spain that went to penalties.

Simply put, soccer fans… you can’t miss this match! Follow our guide below as we explain how to get an England vs Italy live stream and watch the Euro 2020 final from wherever you are in the world and for FREE. There isn’t long to wait…

Underlining the fact that its a game of national importance, both major free-to-air broadcasters in the UK will be screening the game simultaneously.

Gary Lineker, Alan Shearer and Jermaine Jenas will be at Wembley on behalf of the BBC.

If you’re not in front of your TV (and BBC One), you can also live stream England vs Italy free by firing up BBC iPlayer. It works across a wide range of devices, including phones, tablets, laptops, games consoles and streaming devices and – unlike the ITV option – is available in full UHD.

If you prefer ITV’s line up of Roy Keane, Gary Neville and Ian Wright, then you can watch its coverage on ITV1 and the ITV Hub streaming service instead. Be warned though…you won’t get that crystal clear 4K picture.

Either way, as national broadcasters, BBC iPlayer and ITV Hub streams don’t cost a penny to stream if you’re located in the UK.

How to live stream England vs Italy from outside your country

We’ve detailed how you can watch Euro 2020 from the UK, US, Australia, Canada and New Zealand down below, but bear in mind that if you’re abroad at any point during the tournament, you won’t be able to live stream the football via your usual domestic broadcaster.

This is because of geo-blocking, which restricts certain services and content to specific parts of the world. However, you can get around geo-blocks by using a VPN, or Virtual Private Network. It’s completely legal, very affordable and easy to use – and it also encrypts your browsing, offering protection against cybercriminals and government snooping.

Use a VPN to live stream Euro 2020 from anywhere

ExpressVPN is the world’s top VPN right now
We’ve thoroughly tested all of the major VPNs, and our No. 1 pick is ExpressVPN. It’s fast, easy to use, and packs a great range of security features. You can also use it across a huge range of devices, including Android and Apple smartphones, the Amazon Fire TV Stick, Apple TV, Xbox and PlayStation. If you want to stay safe online and watch your preferred broadcast from anywhere, you won’t find anything better than ExpressVPN.

Better still, you can get an extra 3 months FREE if you sign up for an annual plan. And there’s nothing to lose, because if you change your mind within the first 30 days, let them know and they’ll give you your money back.

Using a VPN is as easy as one-two-three…

1. Download and install a VPN – as we say, our top choice is ExpressVPN

3. Go to the broadcaster’s live stream – so if you’re from the UK, just choose between and head to BBC iPlayer or ITV Hub

ESPN has exclusive rights to show the Euro 2020 final in the USA with kick-off Stateside for this mouth-watering clash at at 3pm ET / 12pm PT. If you have ESPN as part of your cable package, you can also live stream England vs Italy directly through the ESPN website .

How to watch England vs Italy without cable

Cord-cutters are in luck too, because you can watch today’s final without having an expensive cable package.

Great-value OTT streaming service Sling TV is the option we recommend. Its Orange package costs just $35 a month and gets you ESPN.

Better still, Sling is offering new subscribers a fantastic bargain – right now you can get a whole month of Sling Orange for $10. The package also includes TNT, Nick Jr. and plenty more, and unlike cable, you can cancel your subscription at any time.

Another brilliant option is fuboTV, which is an even more fully-featured streaming service that offers ESPN and more than 120 other channels. Packages start from $64.99 a month and there’s even a FREE fuboTV trial you can try to see if it’s right for you.

How to watch England vs Italy: live stream Euro 2020 soccer in Canada

Cannucks can watch the England vs Italy final on English-language TSN or French-language TVA Sports.

If you get them as part of your cable deal, then you’ll just be able to log in with the details of your provider and get access to an England vs Italy live stream, with kick-off set for 3pm ET / 12pm PT.

If you don’t have cable, you’ll be well-served by their digital platforms. The TSN Direct and TVA Sports Direct streaming services each cost just $19.99 a month, and work across a range of devices, including phones, computers and tablets.

And don’t forget that using a VPN is the way to get a Euro 2020 live stream if you’re away from Canada when the game you want to watch is on.

How to live stream England vs Italy in Australia

Optus Sport is the exclusive broadcaster of the Euro 2020 final Down Under, but be warned that you’ve got an early morning ahead if you plan to watch England vs Italy, which kicks off at 5am AEST on Monday morning.

You can stream Optus Sport coverage via your mobile, PC or tablet, and can also access the service on Fetch TV, Chromecast or Apple TV.

And if you leave Oz at any point during the tournament, simply use a VPN to tune in as normal on your Optus account.

How to watch the Euro 2020 final online in New Zealand

Footie fans in New Zealand can watch the Euro 2020 final unfold on Sky Sport, though it’s an early start for England vs Italy, which gets underway at 7am NZST on Monday morning.

Sky Sport is available in New Zealand as part of a range of pay TV packages, and subscribers can watch online using the country’s Sky Go service.

If you’re not already a customer, you can try the Sky Sport Now streaming-only platform, which costs $19.99 for a weekly pass and works across a wide range of devices, including phones, laptops, Apple TV and Chromecast.

Anyone in New Zealand from abroad or vice-versa can use the VPN route outlined above to access their service of choice just like they would at home.

Do you have to purchase the brand new iPhone 12 Mini or Professional Max...

Solve The Problem With The Tool / Disc Error Check Command