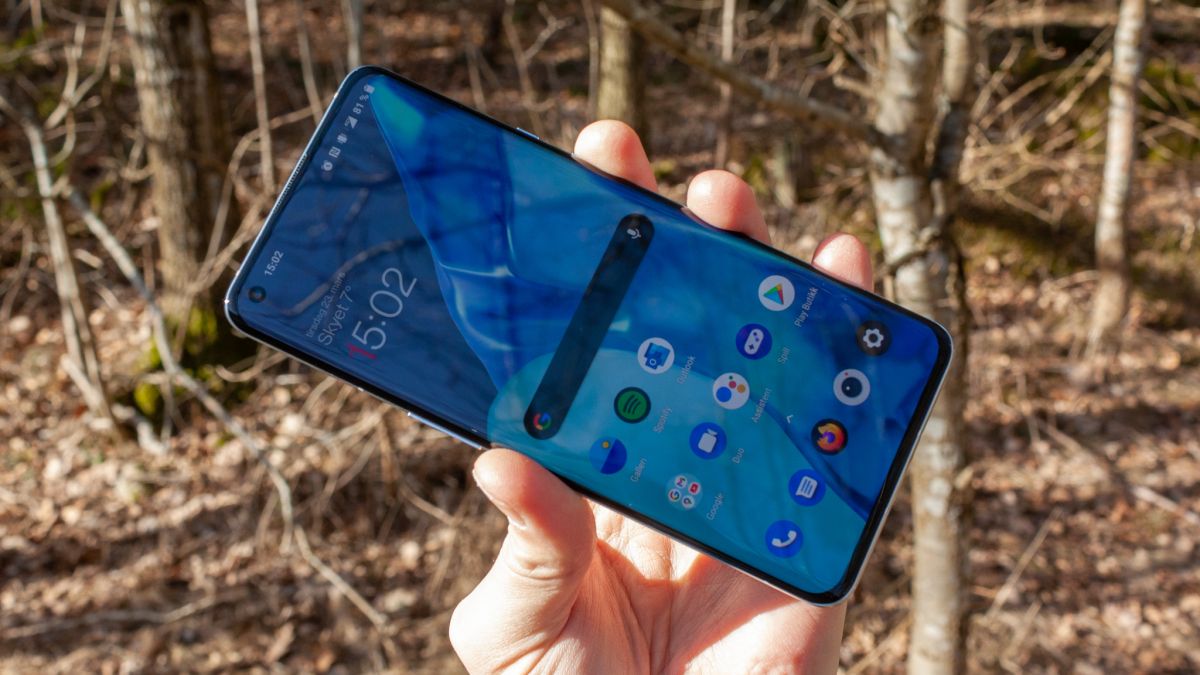 If you regularly follow rumors and leaks about upcoming phones, you may have seen the term LTPO display pop up. This technology is likely the future of flagship phone screens, and you likely want to know more about what makes this OLED display so special.

Short for low-temperature polycrystalline oxide, LTPO is a new display technology that allows phone-makers to add variable refresh rate (VRR) to their devices. This in turn makes it easier to add 120Hz refresh rates to phones, while also enables longer battery life.

These LTPO displays have already appeared on 2021 phones like the Galaxy S21 Ultra and OnePlus 9 Pro. Analysts also expect these panels to appear on future upgraded flagships like the iPhone 13 Pro and Samsung Galaxy S22 Ultra. You’ll notice a common trend here: for now, companies are reserving LTPO displays for their most expensive devices.

So, are these LTPO displays worth the upgrade? How do they work? And which upcoming phones will get LTPO displays? We’ll tackle all of that info below.

What is an LTPO display and how does it work?

Before we dive into the technical details, here’s the gist of what you need to know about LTPO: it’s a silicon-oxide material designed to support high, variable refresh rates while simultaneously keeping energy efficiency high. It ensures that a phone’s 120Hz mode won’t destroy its battery life.

Apple first popularized the tech, but in 2021 Samsung is the king of LTPO manufacturing; the company allegedly will create 110 million LTPO displays for Apple to add to its iPhone 13s later this year.

Now for the longer explanation.

Phone displays look like a single layer of glass, right? Wrong! They’re actually made up of several tiered layers of different components, which combine to make the display function. OLED displays, for instance, have six layers, some with positive or negative charges that help emit light.

Among those layers, you’ll find (on your current phone) a built-in thin-film transistor (TFT) made of low-temperature polycrystalline silicon, or LTPS. A phone display cannot function without a TFT because glass cannot act as a semiconductor. And most recent phones have TFTs made of LTPS, which helps the display remain as energy-efficient as possible.

What LTPS can’t do is support VRR. For that, you need a TFT layer that combines LTPS and Indium gallium zinc oxide (IGZO). Together, the silicon and oxide hybrid material lets your phone switch rapidly between high and low refresh rates (Hz) without wasting too much energy. That hybrid technology is called LTPO.

Not every 120Hz phone requires LTPO tech, but we expect more and more 120Hz phones will incorporate it. If a phone constantly supports that high of a refresh rate, its battery life will deplete incredibly fast; LTPO displays let phones dip the refresh rate whenever 120Hz isn’t required for the current app or activity, making it more feasible to use in daily life.

LTPO isn’t just found in phone displays or on 120Hz-enabled devices. You’ll find it inside the Apple Watch 6, which only hits 60Hz max. Its always-on display will dip to 1Hz when not in use but jump up to 60Hz once tapped, prolonging its battery life. It also appeared on the 2017 iPad Pro and subsequent iPads to support ProMotion.

Is LTPO worth it?

As we mentioned, we’ve already tested out LTPO displays on the Galaxy S21 Ultra, OnePlus 9 Pro and Oppo Find X3 Pro. So let’s look at how these three phones fared in terms of display quality and battery life.

Our Galaxy S21 Ultra reviewer wasn’t particularly impressed with the phone’s Quad HD/ 120Hz refresh rate mode, saying it burned through the phone’s 5,000mAh battery far too quickly. But he mentioned that in 1080p mode, the phone’s variable refresh rate ensured that the battery lasted all day, since certain apps required as little as 11Hz.

In our OnePlus 9 Pro review, the reviewer said that the adaptive refresh rate setting ‘worked well, adjusting the display seamlessly, and we didn’t notice when the screen was running at a lower refresh rate’. Battery life wasn’t great, but we wouldn’t expect it to be with a 4,500mAh capacity on a 6.7-inch phone with a fast chipset. It would certainly be far worse without LTPO.

The Oppo Find X3 Pro also supports VRR up to 120Hz, and once again our reviewer said this mode worked well and any dropped frames weren’t noticeable. It performed fairly well in terms of battery life, though heavy gaming and video recording drained it much faster.

Overall, an LTPO display won’t save your battery if you’re constantly using apps and games that demand 120Hz performance. But it will make your more mundane activities more energy-efficient, and ensure you don’t need to constantly activate or deactivate a 120Hz mode for different apps. Your phone and display can seamlessly handle the changes.

If you are planning to use 120Hz on a phone, then we strongly suggest getting a model with LTPO built in.

Which upcoming phones will have LTPO?

We’ve heard rumor after rumor that two iPhone 13 models – the 13 Pro and 13 Pro Max – will have LTPO displays and 120Hz support. But Apple and Samsung aren’t the only companies looking seriously into this tech.

For context, many analysts believe that the 2021 iPhone will be branded as the iPhone 12S rather than the iPhone 13. But naming aside, the Pro and Max versions will almost undoubtedly have LTPO components.

We also expect that the OnePlus 9T, like the 9 Pro, will have an LTPO display.

As we progress into the future, more and more phones should have LTPO displays, at least according to Young. He tweeted that ‘LTPO backplanes to overtake LTPS in AMOLED smartphones on a $US basis in 2023 with a big uptake from Apple over that period…’.

We don’t know whether cheaper phones will ditch LTPS, or if LTPO will remain reserved for fancier models for the foreseeable future. But regardless, LTPO is here to stay.

How To Repair Issues With Recovering Deleted Information From The Recycle Bin In Home...

How Do You Deal With Sharing Network Files And Folders In Windows 7?

The best way to watch NCIS New Orleans on-line: stream season 7 from wherever...